Celebrating heritage: 40 years of Audi quattro in the spotlight at Autoworld

Exactly 40 years ago, Audi introduced the legendary Audi quattro and, in doing so, took its first steps into the premium segment. In 2020, the four-ringed brand is celebrating, in cooperation with Autoworld, the very special anniversary of the first four decades of the Audi quattro: the iconic model behind Audi's all-wheel drive, which has since become the cornerstone of the brand. Some of the highlights of Audi quattro's history will be on display at Autoworld from September 11 to October 7. Not only the coupes, but also a series of rally and race cars, as well as iconic sports cars, tell the fantastic story of this technology that revolutionised the world of rallying and racing and has become the cornerstone of the brand. the world of car safety. 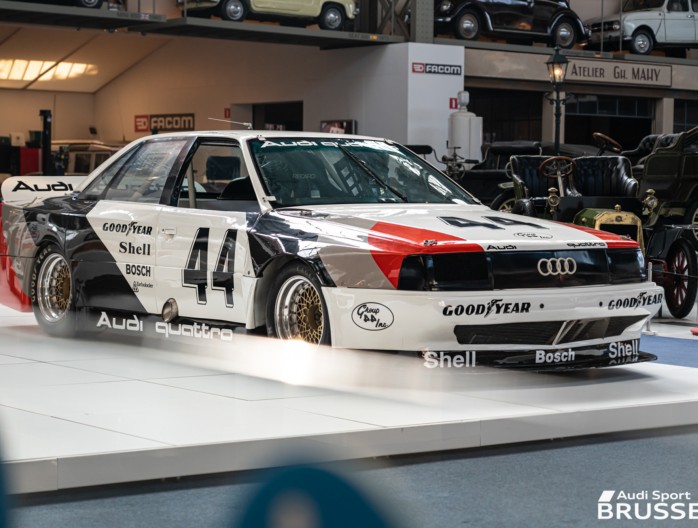 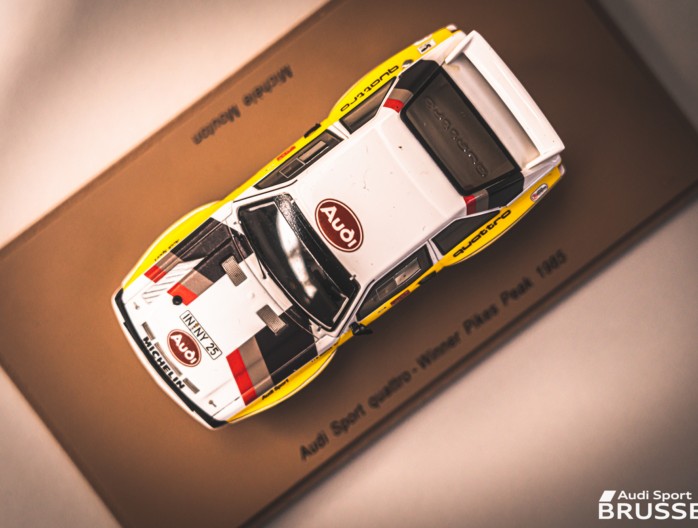 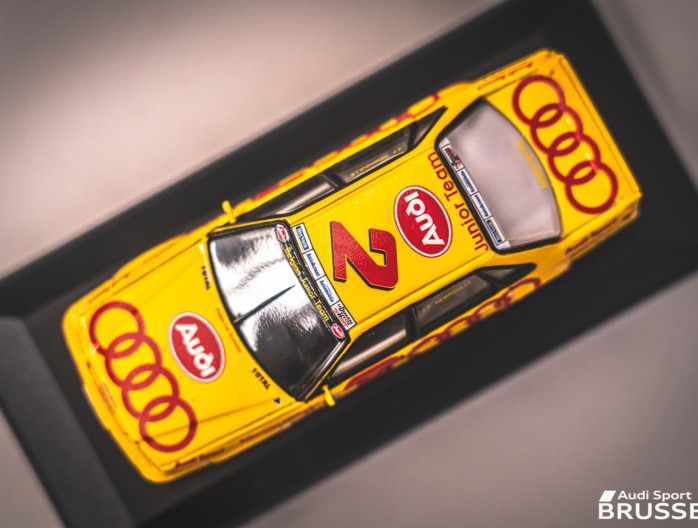 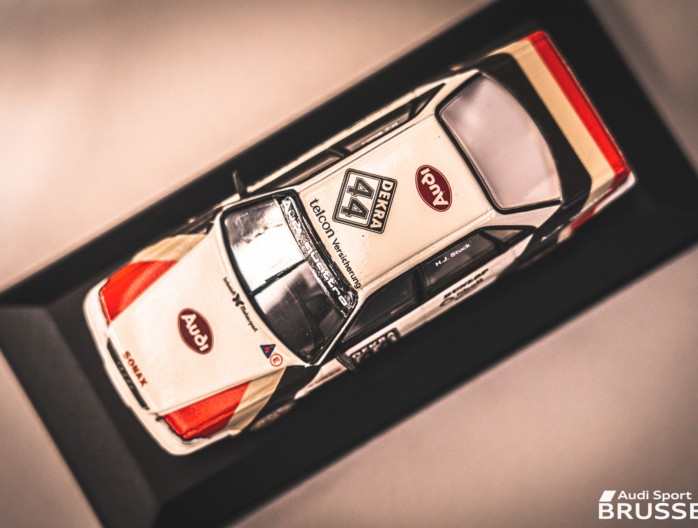 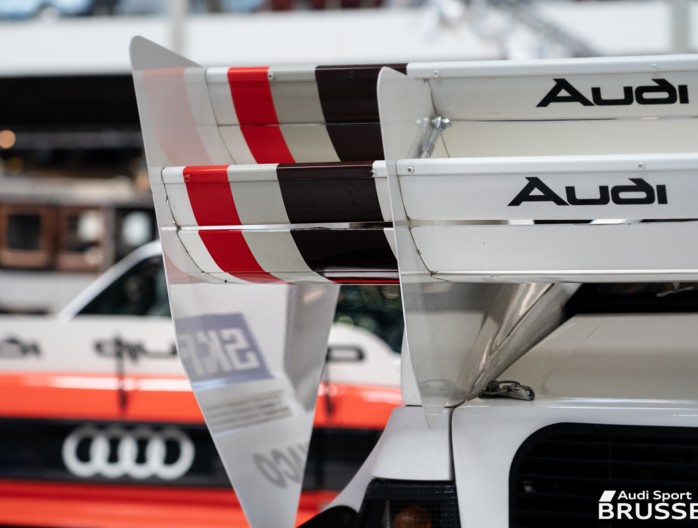 The collection that Autoworld has managed to put together includes, among others, a 'ur-quattro' coupé (1983), a Sport quattro (1984), a quattro coupé (1989), an Audi RS 2 Avant and some mythical rally cars such as the S1 rally quattro (1985) with which Michèle Mouton won the Pikes Peak International Hill Climb in 1984 and 1985, the Gr. 4 (1981) of Hannu Mikkola and the Gr. B Rallye quattro (1983) with which the Belgian driver Marc Duez won his first victory at the Boucles de Spa, with Willy Lux as co-driver. Legendary racing cars such as the Audi 200 quattro TransAm (1988), the 80 quattro procar (1994) and the V8 procar Belga (1993) could not miss this unique event. These legendary models are alongside the latest quattro technology models, such as the Audi RS Q3, the RS 7 Sportback and the e-tron.

Some cars from the collection under the microscope

The Sport quattro was built in small series by Audi to comply with the "Group B" regulations of the World Rally Championship in the mid-1980s. Between February 1984 and January 1986, some 200 cars were built, just enough for the rally car's homologation. Hence the rarity of this Sport quattro.

This two-door coupé, with a twenty-valve aluminium engine, is equipped with quattro all-wheel drive. Its design is closely tied to that of the original ur-quattro. However, it differs in many ways: its wheelbase is shorter (less weight and inertia) and it has been equipped with specific bodywork components.

The Audi quattro S1 with which Michèle Mouton won the Pikes Peak hill climb in 1985 was based on her World Rally Championship car, the short-wheelbase Audi S1 Group B with an additional 70 bhp (608 bhp in total). With her time of 11:25.39, Michèle Mouton was not only the fastest overall in 1985, she also set a record that to this day remains unmatched by female drivers.

Audi proved that the Audi quattro not only had excellent driving characteristics on gravel, mud and snow by competing in the 1988 North American Trans-Am Championship. The race version of the Audi 200 features a five-cylinder 2.1-litre turbocharged engine that develops 510 horsepower at 6,000 rpm. Despite strong American competition, the Audi team consisting of drivers Hurley Haywood, Walter Röhrl and Hans-Joachim Stuck managed to win 8 of the 13 rounds, taking the manufacturer's title.

The Audi V8 quattro of Team Belga won the Belgian Procar in 1991, 1992 and 1993. This title rewards the excellent work done by the drivers Philip Verellen and Pierre-Alain Thibaut, the préparateur Franz Dubois and the Belgian Audi Club.

Philip Verellen took the lead in the second round of the 1991 season and never left it again. His performance was all the more remarkable since the car regularly had to start with a handicap, in the form of an additional imposed weight of up to 50 kg. Thanks to the support of Audi Sport and the engine department in Neckarsulm, the Audi V8 quattro evolved race after race, becoming unbeatable at the end of the season.

When you say RS, you say quattro. Every RS model comes standard with quattro all-wheel drive. In 1994, the Audi RS 2 Avant (232 kW/315 hp) wrote the first chapter in RS history with its five-cylinder four-valve engine, which was still in use for a long time afterwards. With this car, the manufacturer laid the foundation for the dynamic and high-performance station wagon segment. The quattro transmission and its self-locking differential allowed this exceptional power to be transmitted to the road.

The exhibition at Autoworld is the ideal opportunity to discover how this historic model came into being, how it evolved and why it has become so emblematic. 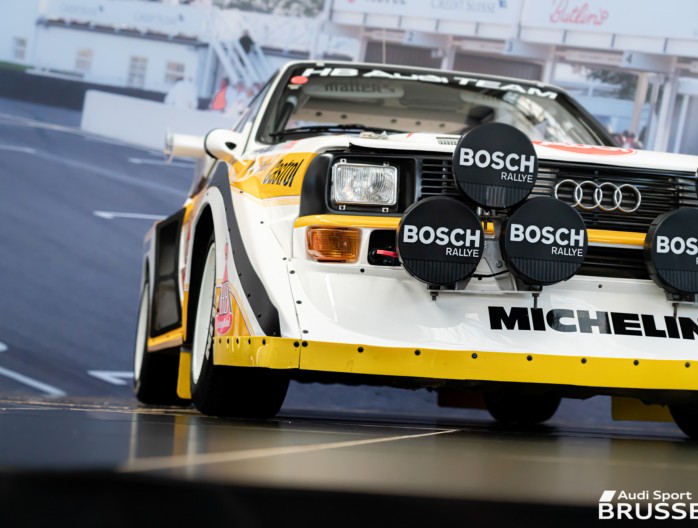 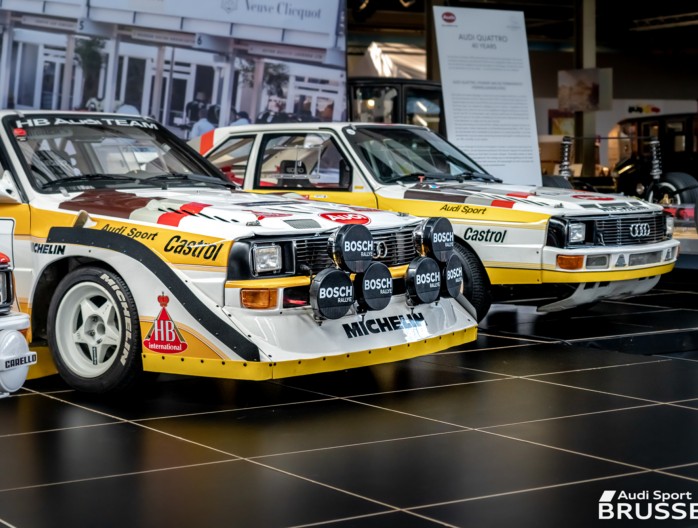 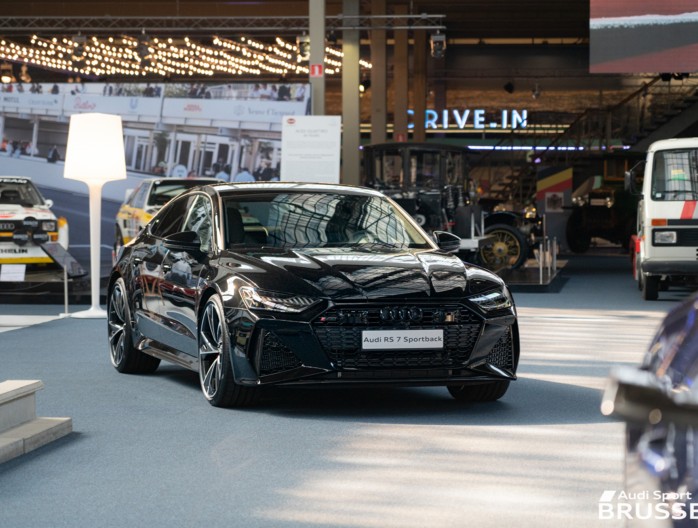 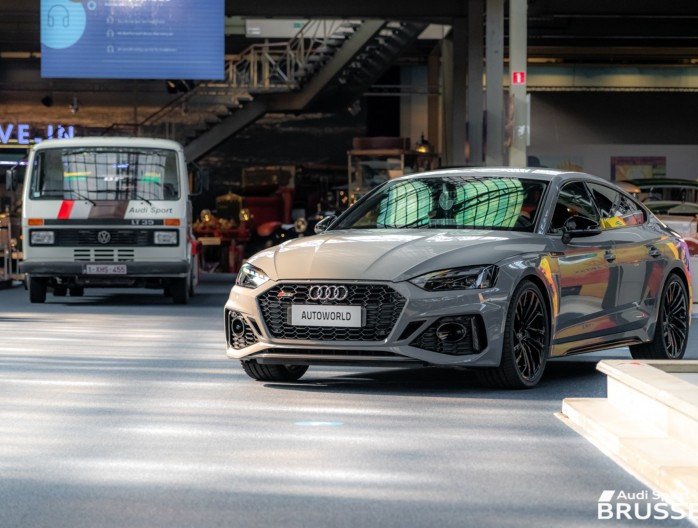 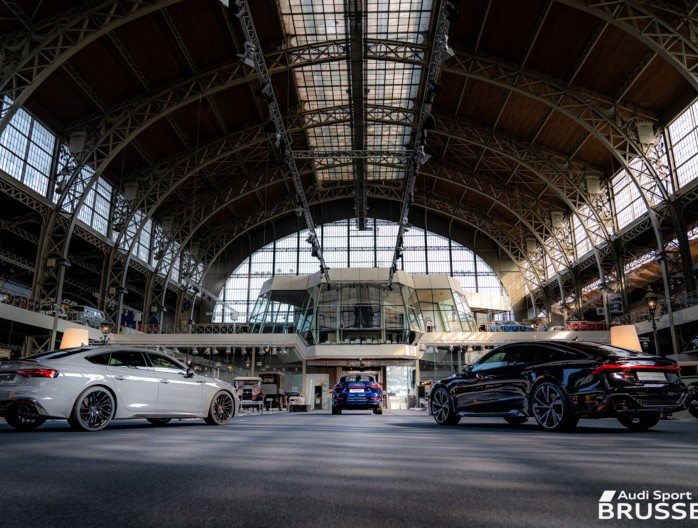